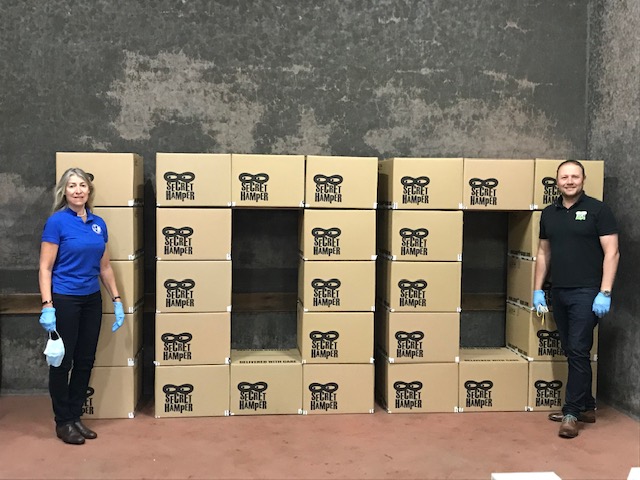 Like the rest of the population we were in awe of the tremendous fundraising achievement of Captain Tom Moore. So much so that we decided to dedicate the next 100 hampers that we had sponsored to a hospital of Captain Tom on his 100th Birthday.

We didn’t have long to achieve our goal as Captain Tom’s landmark birthday was fast approaching, we had 2 weeks to see if we could reach our goal, then, if successful, just a few days to get the contents bought in and hampers made and delivered. As with previous deliveries we started by promoting the idea across all our social media platforms and set up a special GoFundMe link. We were blown away by the initial support and had nearly 50 hampers sponsored within the first week when I received an email from my good friend Jason Vale aka The Juice Master who said that he loved what we were doing and that he’d not only happily donate 100 copies of his book Create Magic (which he had donated 70 copies per hospital to date) but he also wanted to sponsor the remaining 48 hampers! I was blown away with his generosity but no sooner had I come off my laptop when the phone rang. It was my cousins wife saying that she had seen my post on LinkedIn and that the company that she worked for, an insurance company called RFIB in the City Of London wanted to also sponsor the remaining 48 hampers!! What are the chances?!

I checked that both of them were happy to sponsor 48 each, which they were and we added an extra 2 and made the total up to a whopping 150 hampers.

We then decided to deliver the original 100 hampers to Bedford Hospital which is close to where Captain Tom now lives and then the extra 50 to Harrogate District Hospital. We did call The Nightingale in Harrogate (as Captain Tom helped to open this virtually online with Matt Hancock) but thankfully the hospital wasn’t operational so we decided to deliver to the District Hospital instead.

It was a hectic few days collecting the stock and putting the hampers together, but we managed to get them all made in time for the first delivery on 30th April, Captain Tom’s 100th Birthday. 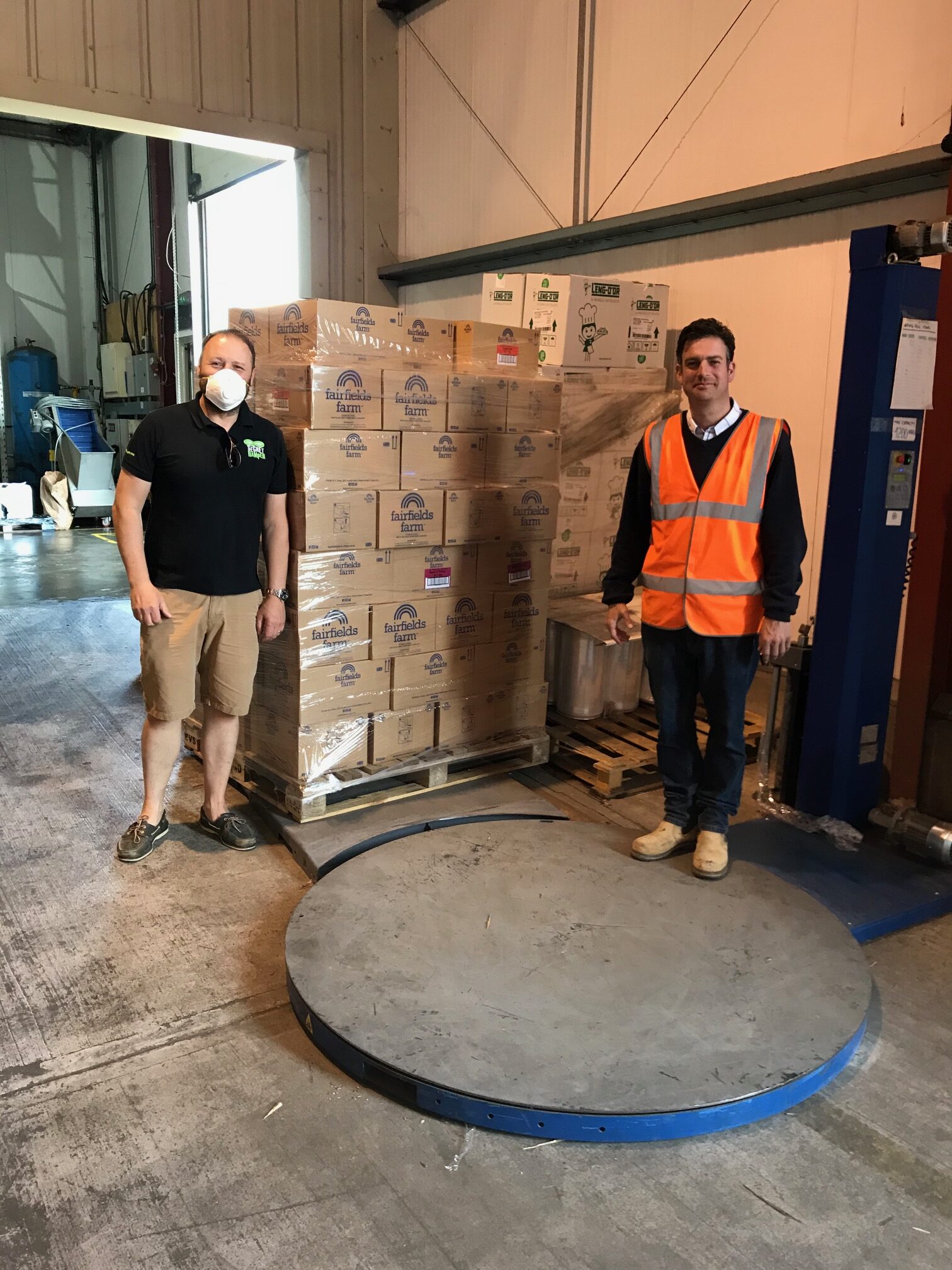 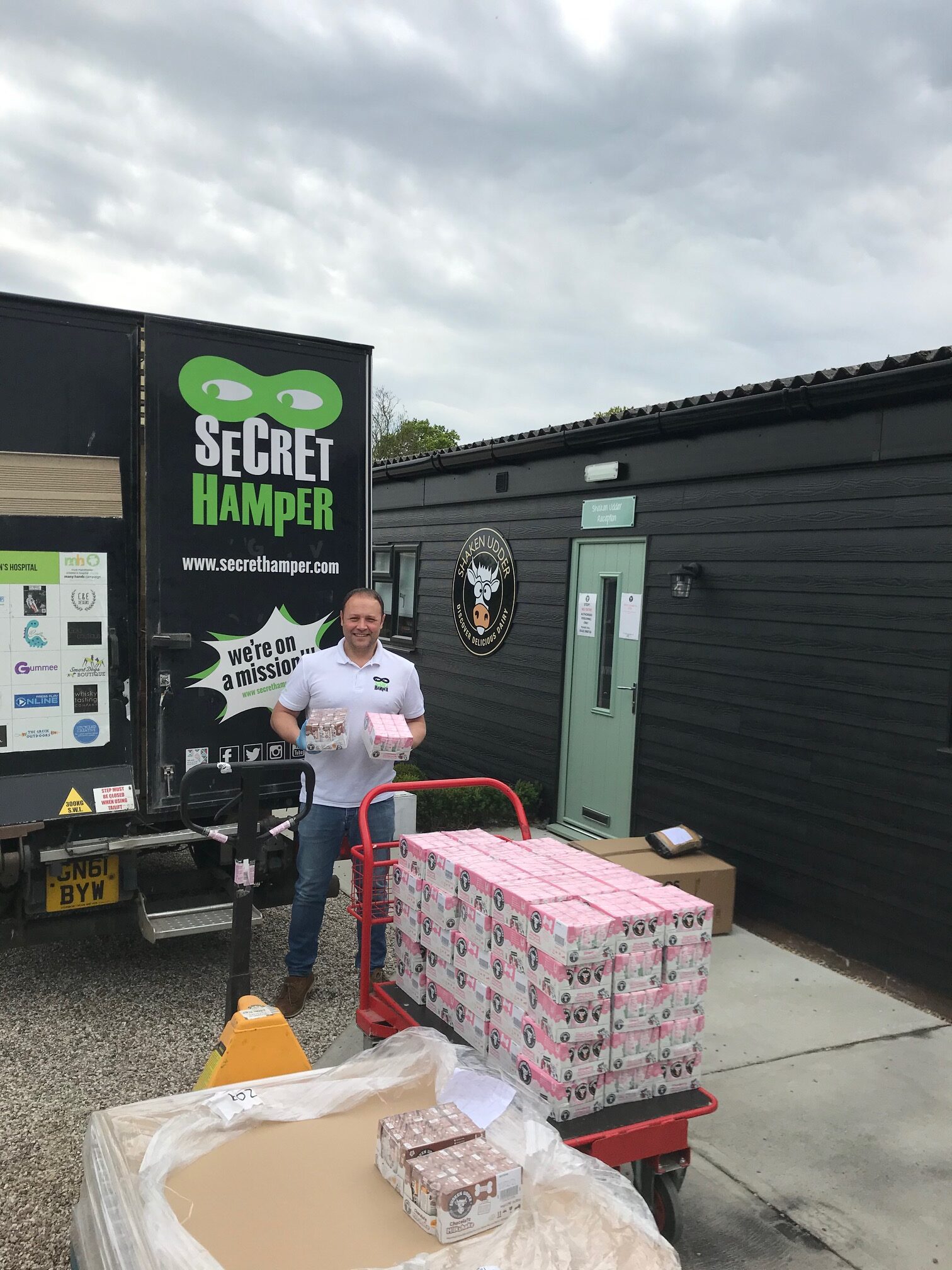 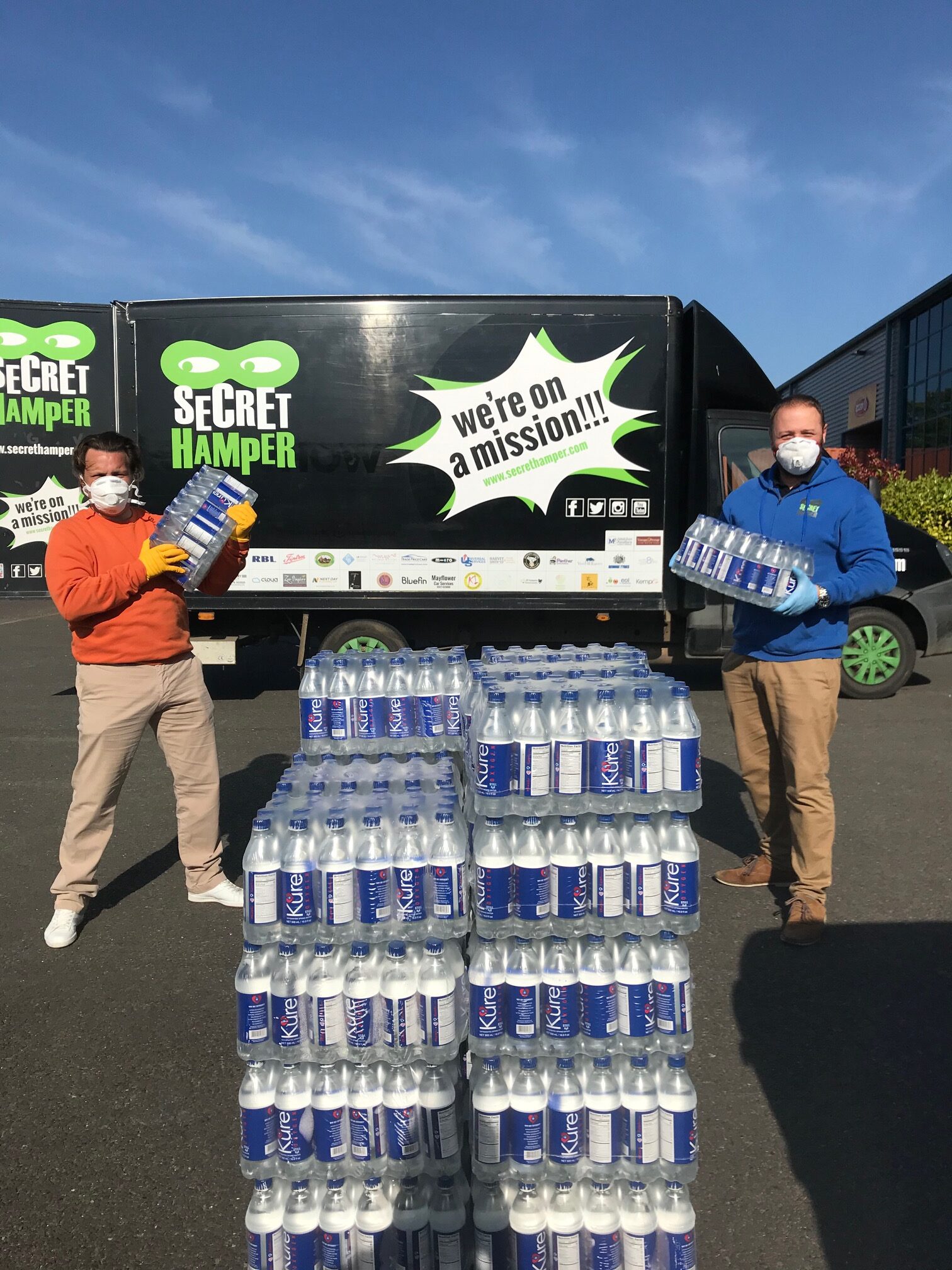 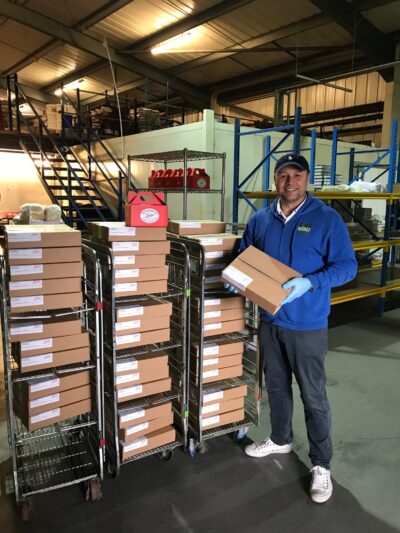 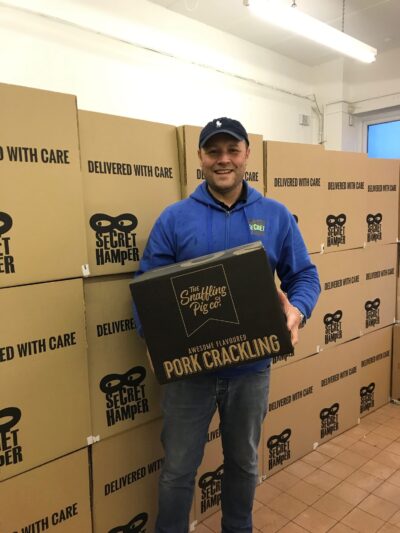 Because of Covid restrictions and to keep everyone safe we had to deliver the 100 hampers to a secure holding area where they were later distributed safely to the wards and offices by the hospital’s charity. Although unlike previous deliveries it was still great to receive lots of pictures, tweets and fb messages from thankful staff. 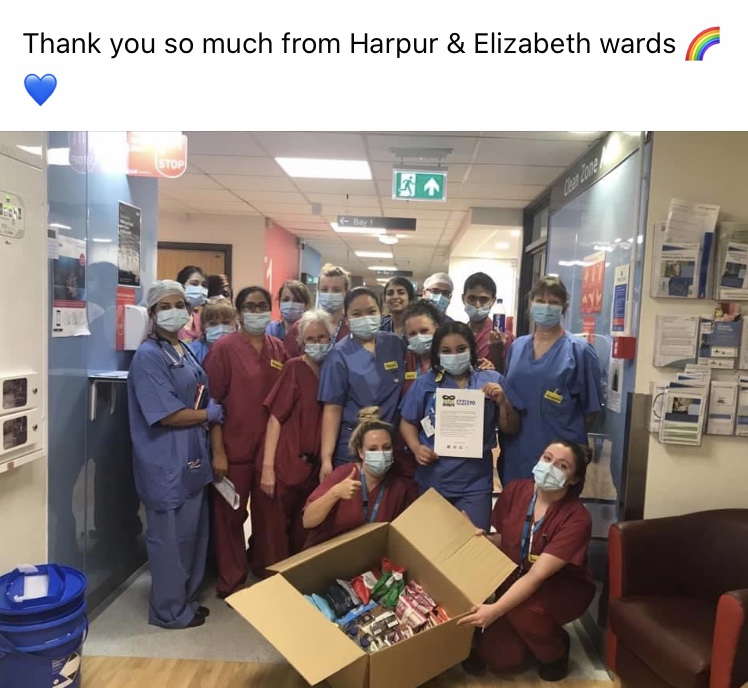 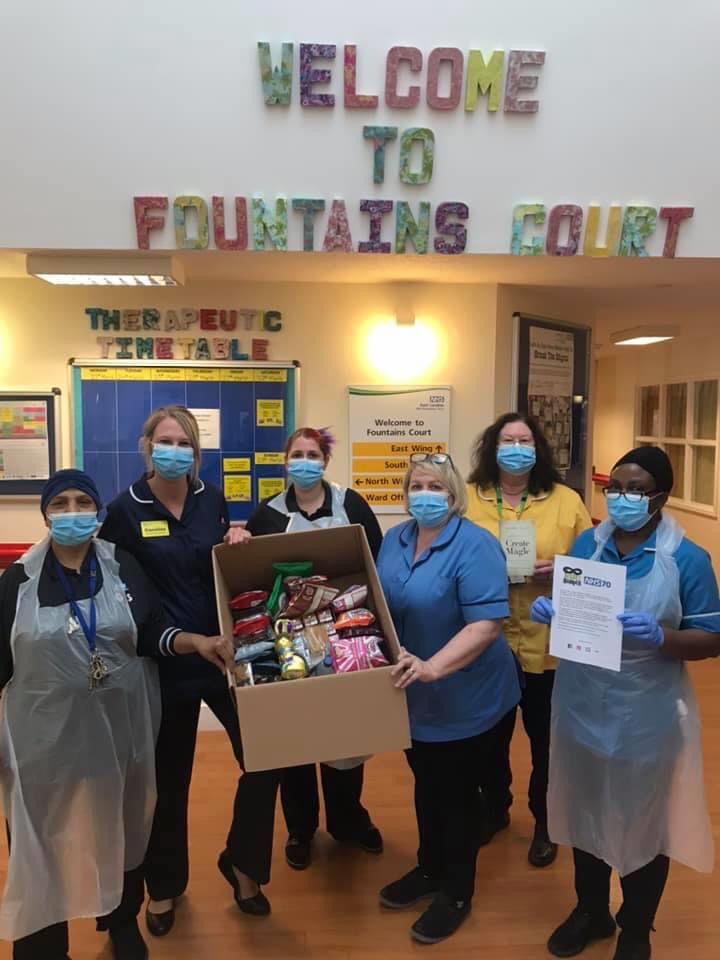 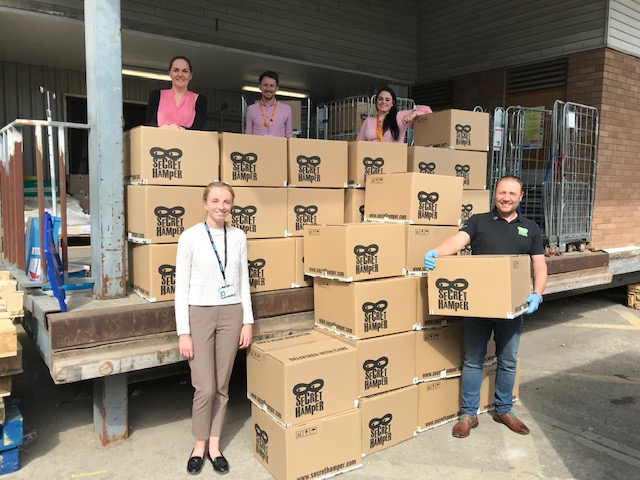 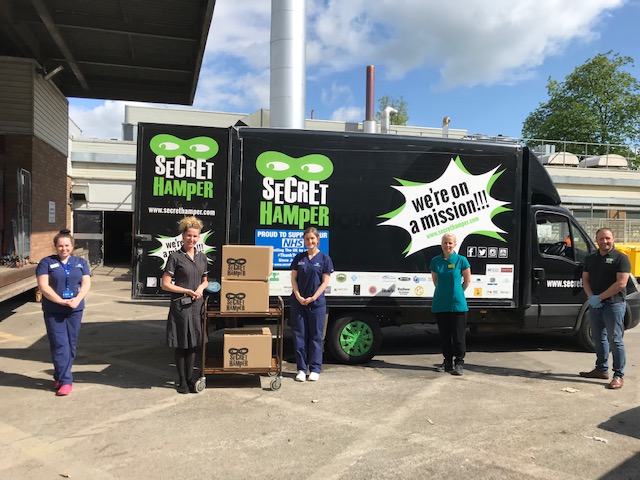 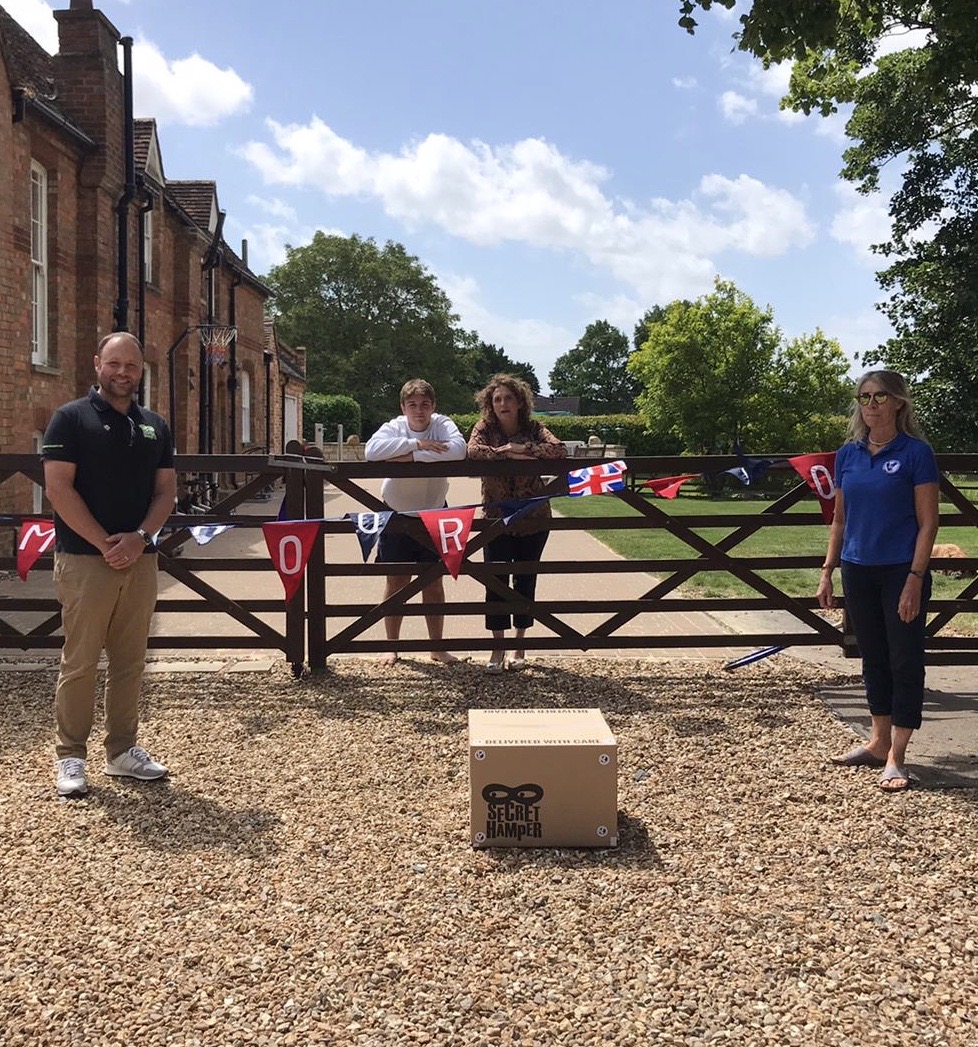