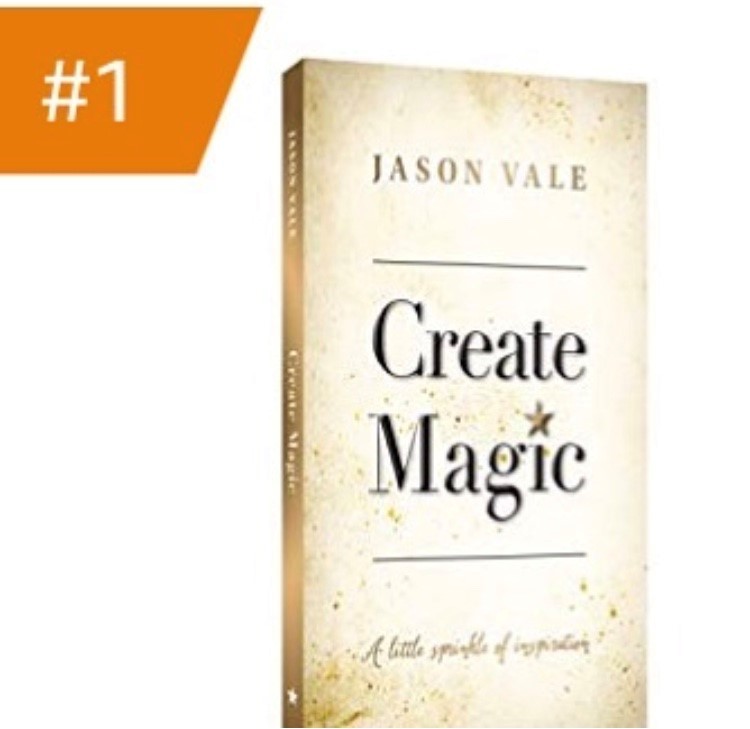 The positive power of social media…. A few weeks ago on a lazy Sunday morning Nigel was scrolling through Twitter when he came across a new post from Jason Vale aka The Juice Master. Jason had posted asking his followers to bear with him as he had written a new book unlike any other he’d written before and to follow the new link for the book on Instagram. Jason at this point had sold over 5 million juicing recipe books, 1 million apps, made a movie, been on countless TV shows and owns 2 juicy retreats, one in Portugal and the other in Turkey with a third in the pipeline.

Jason’s new book is called Create Magic, he went on to explain that there were many people in the world all creating magic and that it’s not all about CNN – Constant Negative News!

Nigel has long been a fan of Jason’s, using his juicing recipes back when his dad was terminally ill. Jason’s recipes really helped Nigel’s dad get through the gruelling chemo sessions he had to endure. Sadly Nigel’s dad’s condition was too far advanced, but he is convinced that the juices certainly made a difference.

Nigel felt impelled to reply to Jason saying that he had long been a fan and that Secret Hamper were trying to create some magic of their own for the unsung heroes of the NHS with their NHS70 initiative. He included a link to a recent press article of their first delivery of 70 hampers sponsored by local businesses which were delivered to Broomfield hospital where the contents were shared to over 2500 staff.

Jason then replied to Nigel’s tweet saying that this was exactly the kind of thing he was talking about and that if Secret Hamper wanted copies of his new book Create Magic for the NHS70 hampers to DM him and he would make it happen. What happened next totally blew Nigel away. After a few messages back and forth Jason called Nigel from a café in Portugal. Jason was reading through the final draft of the book before sending it off to the publishers when he said to Nigel that he wanted to include Secret Hamper’s story in the new book!

This was totally overwhelming and led to Nigel and his eldest daughter Gracie meeting Jason in London at the YouTube HQ to record a podcast!

At the time of writing this blog Create Magic has been released and at No.1 in its category on Amazon. Nigel and Secret Hamper are in the chapter entitled The Ripple Of Magic, an apt title given what has happened from a tweet!

Order your copy HERE today and be inspired to create magic.. you may even find a Willy Wonka style Golden ticket that Jason has hidden in 2 copies of his book giving the lucky recipient a week free at one of his retreats.

Good luck, enjoy the book and thank you from the bottom of our hearts Jason x